Recently, I saw Indian Government ad for teaching kids the proper technique of hand washing, which reminded me a scene of the movie Jackie brown, where Samuel Jackson says those words to Robert foster who was leaving the washroom.

Hand Wash, a simple yet often forgotten chore.  We all have seen people in public restroom who don’t wash their hands after using the restroom. It’s disgusting and outright inconsiderate to other human being. When we talk about importance of hygiene and of the hand washing, the illiterates, the children and the labour class people are the only groups of people that come to our mind, who we think would possibly need guidance, reminder or education of the importance of good hand washing and hygienic habits. In countries like India, it’s sometimes true that these groups of people often ignore hygienic practices; however, these are not the only groups of people that can be blamed with unhygienic practises. As I am sure, we all have seen educated, qualified and well-to-do people in almost all part of the world often neglect washing hands.

Stephen Dubner and Steven Levitt in their book “SuperFreakonomics” has covered hand washing very well. A look at this book not only enlightens us about the unhygienic practises in health sector but also it explains it in a very simple and totally idiot proof way in which one can see how highly educated doctors often ignores / forgets as basic hygienic practise as hand washing.

SuperFreakonoics mentions a report “To Err Is Human,” from the Institute of Medicine in the year 1999 which estimated that between 44,000 and 98,000 Americans die each year because of preventable hospital errors. This death ratio according to the book is more than the death ratio of vehicle accidents or breast cancer. And, surprisingly these preventable deaths are occurred mainly because of the wound infection. The simple and most effective cure for wound infection is to get the doctors and other medical staff to wash their hands more often.

One of the examples of this negligence in hand washing mentioned in the book was about a world-class hospital – Cedars-Sinai Medical Center in Los Angeles. The hospital had a hand hygiene rate of just 65% and thus making the hospital realize the need for improvement, which resulted in hospital administrators’ forming a committee.

Paul Silka, an emergency-room doctor at Cedars-Sinai and hospital’s chief of staff along with other administrators at Cedars-Sinai started trying to change their colleagues’ behaviour. Incentives like gentle cajoling via posters and e-mail messages; greeting doctors every morning with a bottle of Purell (Hand Sanitizer); establishing a Hand Hygiene Safety Posse that roamed the wards, giving a $10 Starbucks card to doctors who were seen properly washing their hands, etc. were used to encourage doctors to wash their hands often. 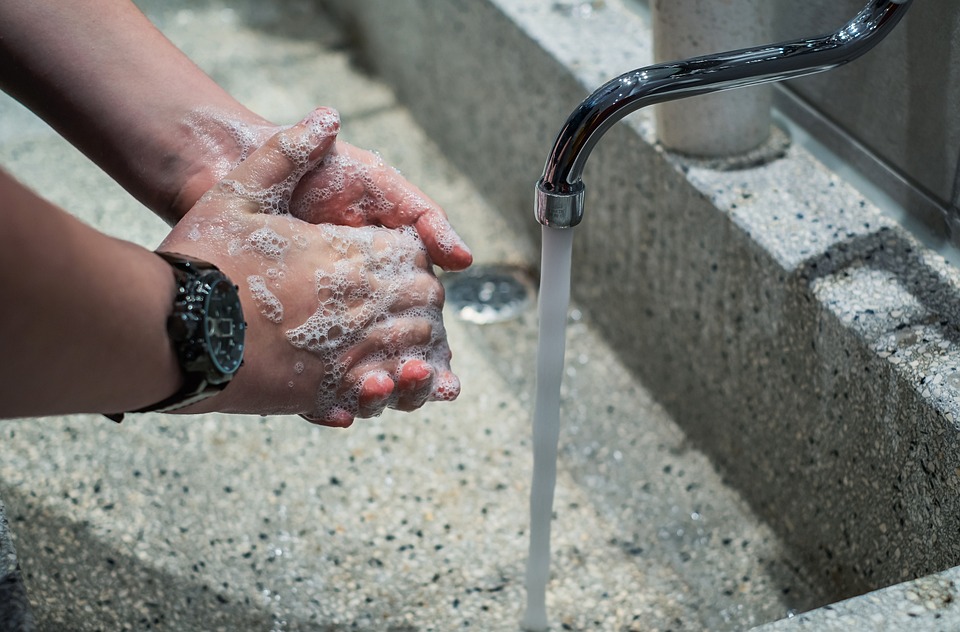 These efforts resulted in increased hand washing among doctors after several weeks, but it was not even close to enough. When this news was delivered by hospital’s epidemiologist Rekha Murthy in a lunch meeting of the Chief of Staff Advisory Committee, the approximately twenty highly educated doctor members of that meeting were highly discouraged. After the lunch Rekha handed each member an agar plate—a sterile Petri dish loaded with a spongy layer of agar so that she could culture their hand.

The results of doctors pressing their palms into the plates were sent to the labs and the images showed disgusting and striking gobs of bacteria colonies.

Now, why was it that highly educated doctors who were advising their patients to wash their hands and be hygienic were the ones who didn’t follow their own advice?

One of the reasons mentioned in the book – that was acknowledged by the committee in Cedars-Sinai Medical Center – is that doctors are extremely busy so the time spent washing hands is time not spent treating patients. One of the doctors in that hospital’s emergency room in Washington, Dr. Craig Feied estimates that he often interacted with more than one hundred patients per shift, so according to him if  he ran to wash his hands every time he touched a patient, following the protocol, He’d spend nearly half his time just standing over a sink.

Another reason for doctors’ negligence in hand washing is that the Sinks aren’t always as accessible as they should be or in the patient rooms. But again, most hospitals like Cedars-Sinai do have wall-mounted Purell dispensers for handy disinfection which are often ignored.

Another reason might be the psychological components like perception deficit. When an intensive-care unit of a children’s hospital in Australia performed a five-month study in which doctors were asked to track their own hand-washing frequency, they reported Seventy-three percent rate of hand washing. In that same study however, their nurses were asked to monitor and report doctors’ hand washing rate and surprisingly the hand washing rate of the doctors was about 9 percent.

One more psychological factor according to Dr. Paul Silka can be arrogance. According to him, Doctors after practising a while can think of themselves as immune to bad bugs.  He says “The ego can kick in after you’ve been in practice a while; “You say: ‘Hey, I couldn’t be carrying the bad bugs. It’s the other hospital personnel.’”

Once again let me take you to that lunch meeting at Cedars-Sinai Medical Center where Rekha took prints of the palms of all the members (who were all doctors) which resulted in lab generated palm images of bacteria colonies. Remember that? Well, in order to motivate doctors to wash their hands more frequently, the hospitals used those prints as screen savers of the doctors’ computers. And surprisingly enough, Hand-hygiene compliance at Cedars-Sinai promptly rose up to nearly one hundred percent. A simple solution of disgusting prints as screen savers did what lots of incentives couldn’t do for the doctors who are supposed to be the one curing the patients and are more educated and trained to do so.

This article doesn’t try to put any one in bad frame or is not biased towards anyone. For once, when India is being serious (with the help of the greatest showman India has ever produced – The Prime Minister Mr Modi) about hygiene and cleanliness; we should take a moment and look for the large factors that drive people to do what they do (or in this case what they don’t). People’s behaviour is hard to change because of so many psychological factors and when one tries to change that, he needs to keep all the psychological factors in mind. One of the greatest motivations Cedars-Sinai Medical Center found was to disgust doctors with their own hand prints. Can we do something like that in India? One of the best outcome of Mr Modi’s initiative – clean India – is that people and more so, the so called celebrities and other role models have started talking about the importance of cleanliness. Various television ads by government shaming people who practise unhygienic behaviours are also broadcasted over various networks. I however, find that just like ads for tobacco and smoking, hand washing and cleanliness ads need to show the horrors of the outcomes of people’s unhygienic behaviours and that too in a very aggressive manner for a constant reminder to be considerate. I think if we can’t leave our future generation a pollution free India, the least we could do is give them a clean India where they don’t have to be worried about the spread of preventable diseases.